Electric cars are a growing fad. Now it has become often the discussion with friends and acquaintances on whether it’s time to switch to an electric car. My wife and I have one diesel Corsa now. As we are living in the outskirts, car is a must for our daily necessities. The nearest supermarket is 10 km away. We have no option, but personally we are fans of public transportation. I love using that time for reading. After all, it’s a luxury to be driven too. We don’t need a private car and a chauffeur to have this luxury. In any case, we do consider shifting to a bigger city sometime. This will make the need for a car redundant. If this is not coming soon enough, we are planning to exchange it for a new car. Almost all the auto makers are offering a decent exchange premium for diesel cars[i].

Tax benefits are great. Financially, although still a bit costly, electric cars have become very much comparable to a regular car.  Let’s take Hyundai’s 2017 model Ioniq as a reference which is categorized under a lower middle class segment in ADAC Website. The base model costs 35,500€. I compared it on the same website with an Opel Insignia Grandsport Diesel which is in the middle class segment and costs 30,660€. A middle class costs 5000€ cheaper than a lower middle class segment. Yet, the yearly taxes of about 214€ falls out for the electric version and you might get a discount if you give back a current diesel car. In any case, financially an electric car almost makes sense. With every passing year, costs are getting more and more affordable. Operating costs of an electric are cheaper with the latest models. Insignia needs 5,8 litres per 100 km which is about 7.25€. Hyundai Ioniq needs 11.5 kWh Per 100 km or 3.45€ per 100 km.  The higher capital gets compensated with lower operating costs. I assume that the maintenance costs are similar too. From the finance side, I can’t say anything against electric cars.

Still my greatest stubbornness is towards the feel of driving a car. I’m 30 years old and I grew up in the part of the world which loves manual cars. Both my wife and I love driving. The feel of driving is so relieving that when I tried driving an automatic car once, it felt simply like playing a video game and using a joy stick. The robustness and the feel of the mechanical parts were completely missing. I have never driven an electric car. The pick-up of an electric car can be amazing, but I can’t imagine if it can replicate the feel or offer a similar satisfaction as a manual car.

My father-in-law has an old VW Golf for many years now in Bosnia & Herzegovina. He once used a beer crate instead of the seat, as he somehow felt, that a crate had better ergonomics. For such a guy, driving the new Astra what his daughter selected was out of question. He simply hates it. He loves his Golf, even if it takes forever and some hard ratting before it is parked. In comparison to today’s cars, I grew up with fairly mechanical cars – Tata Indigo, Opel Corsa and the finest one was Honda city. Once you sit in the car, you become part of the car. The transmission and wheels just feeling like extended limbs and of course the motor is the heart. It vibrates to your beat! I don’t like racing or going fast, but simply driving around is more than satisfying for me. Especially a night drive with a mild melody. When I visited my cousin who grew up in Canada, he asked me if manual cars are existent still. In Canada, Automatic has become a norm that he did not even have an idea that there are still many countries crazy about manual cars and Germany of it all! The new gen might not even know that manual cars existed once and that the world came into existence with Adam and eve driving an Automatic!

All the modern cars are cool, technologically superior, fast and silent! I hate them. I don’t feel the engine anymore. I learnt that in many modern cars, the engine sounds are just simulated to give you the feel. You are not feeling the actual engine performance, rather a software vibrating or playing sounds accordingly. May be this is my beer crate equivalent. I may belong to the small part of the population who really likes to drive manual petroleum cars. And a significant other part would just want to go from Point A to Point B. Eventually, looking at a big picture, we need to see what makes sense to the environment and accordingly switch to electric or whatever. It’s a hard habit to develop. But the environment cannot be damaged for the sake of my hobby and people with similar feel. We may be even taxed higher for such personal necessities or given a separate ground to practice our hobby. But for a public use, going green is a must. The question what bothers me: Is an electric car really this green solution?

The infrastructure for battery fueling stations needs to be developed still. With a diesel or benzene, you can just reach your destination with one tanking or you can easily find as many bunks as needed. For an electric car, currently you have to plan your journey in a way that your route passes through the stations. Else you might need to be towed away. This makes the average time spend on the road longer and in general is inconvenient. For a use within 100 km radius, an electric car looks fine. Anything above a certain kilometer level, based on the model, makes the planning aspect cumbersome. VW and many other automakers have already given announcements of building country wide charging stations. I assume that this problem is already being addressed and it’s just a question of time till we forget that this problem even existed at the first place.

Disposal of Electric car batteries is coming to the fore as a looming issue. On one side I hear the infrastructure being developed for charging stations but hardly anything for battery recycling or disposal. Apparently car batteries after use in electric cars could last for another 7 to 10 years. They could be used for household and other secondary application purposes[ii]. This is good, but are the houses and the markets made aware to facilitate this usage. Once this extended life form is complete, an orderly recycling and disposal has to be organized as the volume of such batteries resulting in the dump will be huge and it’s too big of a risk to get them into a landfill.[iii]

As beer crate driver gen 2.0, one more thing which bothers me is the feel of the engine. This argument is not just restricted to electric cars, but to all the modern cars. As mentioned above, when I say that the modern cars simulate the sounds, the actual feel of the engine is missing i.e. a feedback mechanism to the driver is non-existent in the classical form which is simply “the feel”. When everything is silent, anyways we don’t feel anything. All the software developments head more towards simulation i.e. the driver will have lesser connection to what actually is happening to the system. An example to this case is my company car in the pool – a ford C-MAX. It sends me it’s judgements on the display screen. From time to time it shows on the display and beeps “Driver Alert, Time for a coffee break”! I would scream back at the car saying. “What the hell! Either you take over completely or let me drive completely. I know when I’m getting tired”. 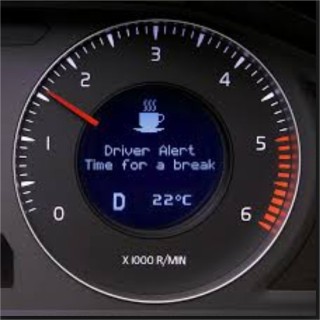 When a significant part of decision making is handed over to the car’s software and cut from the driver, in case of an accident, this will lead to an ethical question of who committed the accident – the driver or the car? By giving more authority to the car (software systems), the reliance on the driver’s judgement of the atmosphere and system is going less and less. Is this healthy? My claim is purely a “claim of feel” and has no scientific backing. If anyone has support to my hypothesis or feel, please offer support here. My argument coming especially in the tragic times of the Boeing 737 MAX accident is a valid one and it needs to be addressed with any modern vehicles. The nature of an electric car will make this factor very important, as this car will likely have higher software interface.

The awareness of the environmental footprint of an electric car is growing. People started to understand that it’s the source of electricity that determines if the electric cars are really green. If a country generates energy with Coal and says that it wants to become environmental friendly with electric cars, it has changed nothing. Coal plants emit about 1001g of CO2 per kWh. A Hyundai Ioniq in this set-up will emit about 115g of CO2 per km. When we compare this with a diesel car which emits about 132g CO2 per km, the situation hasn’t changed much. The German electricity grid network has an energy mix from Coal, nuclear, wind and other sources that the mix collectively emits 568g CO2 per kWh into the atmosphere. In Germany, Hyundai Ioniq will emit 65g CO2 per km. It’s still a good deal, but is it the best?

If you like my posts, please acknowledge your motivation by Following/ Liking/ commenting on this blog. Thanks for reading

To be continued: Electricity 6: Electric cars for private use vs. Electrifying public transportation

Credits: This topic over electric cars owes much to the discussion with my friend Mithun Kashyap. “Electrifying public transportation” was his terminology

One thought on “Electricity 5: My reluctance towards building electric cars for private use”